Advice for non-profits from a web design Agency 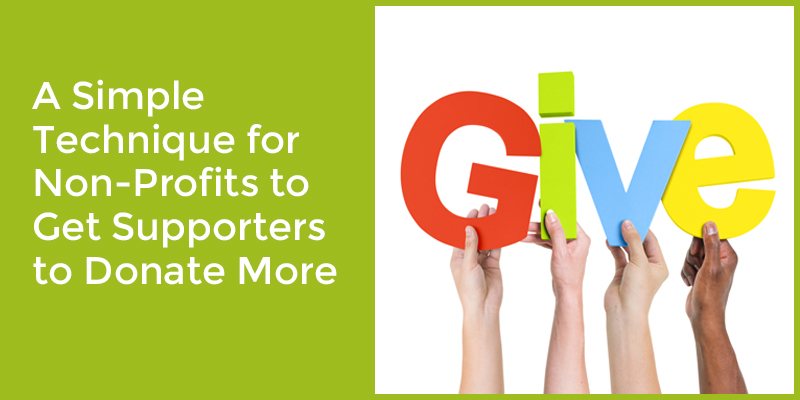 I’ve had the pleasure of working with a lot of non-profits in my time as a Los Angeles web design company. The work that non-profits can accomplish when there is focus and passion fueling their goals is unbelievable and I’ve always believed that the more good you put out in the world the more will come back to you.

The biggest problem for just about any non-profit is money. While a lot of local-based non-profits focus on getting those one or two huge contributions to really cover their costs, smaller contributions should really be something that is given more attention.

As an agency that has specialized in non-profit web design our clients often open their books and share with us their struggles in hopes that we can offer advice. Usually the desperation and panic comes when a key donor has parted ways with the cause for one reason or another.

If your organization relies on a couple key donors then losing one can be the equivalent of setting your assets on fire. If 20%-50% of your rests on the backbone of one person you’re essentially setting yourself up for failure. Instead, I always recommend that non-profits work on the smaller contributions.

The fascinating thing is that nobody has time to really focus on all the smaller contributions so the way to do it is through social media, direct mail, video advertising, blogging and other mass market strategies and when a non-profit starts to take these efforts seriously their big donors tend to step up to the plate too!

When someone donates to a charity they want to feel like their money is being used for a good purpose. This is true for both the small and the large donors. So when a non-profit takes the time to actually report on all the good they’ve done to inspire people to keep donating those $20 and $50 donations the effect reverberates throughout the community and it impacts the large donors as well.

The Technique: Market Your Progress

Like all great marketing, progress goes back to telling a story. Let’s say you run a local food shelter. The main goal of the shelter is to feed people who would otherwise go hungry. The way that you market to your donors all the good your doing isn’t by simply sharing statistics of the number of mouths you feed (although that’s great to have as well). The real way to share progress is focusing on one person’s story at a time.

Imagine you were a donor to this charity and you were on their email newsletter list. What email subject do you think would have a bigger impact?

That first one almost reads like an earnings report, doesn’t it? There’s a callousness and distance to the tone of the email, especially for such a generous and giving organization. The second email headline only focuses on one individual but it shows the amazing impact that the organization has on a person’s life – that’s powerful.

If you’re just a small non-profit or starting out you could easily have written the second email by just doing one or two food drives and feeding a few dozen people. By focusing on relatable change like feeling “at home” you tap into the hearts of what your donors really want to see.

The email that follows that subject line should have photos and even links to video, if possible, to show Michael the veteran’s story. Emails like this get read more and inspire people to chip in another $10 or $20 much faster than a status update where people and generosity is reduced to numbers.

Not surprisingly, big donors like seeing this too! If you are good about your marketing and constantly post stories like this on social media and in your newsletters you’ll find that you’ll have to spend less time in person soliciting those bigger donors because they’ll already be well aware of the work you’re doing.

Now that you’ve learned the technique it’s time to put it into action. Even if your organization doesn’t immediately jump out at you as one with tons of stories you’d be surprised what a little creativity and thought can do.

If you’re a religious organization, like a local church or synagogue for example, focusing on one family’s journey to connecting more with God is often a very powerful example. Often times churches and temples also act as the first line of therapy for couples – is there a marriage that was saved by your organization that wouldn’t mind sharing their story. Perhaps there was a family in grief who needed your organizations help in a unique way during the passing of a loved one – who couldn’t relate to that kind of story?

Make a list of people whose lives have been positively affected by your organization. If you can’t think of any off hand make a list of ways you would like to improve people’s lives and then go find people who need that help and get started. Take notes on the process and then write the story, take the photos and show the community all the good you can do.